You are here: Home1 / Fassolas Project

In the last ten years, a systematic effort has been going on for the restoration of the old neighborhood of Fasolas, which was, for the last two centuries, the center of the commercial and social activities of the Village (Filoti).
This effort, with some minor financial assistance from others, has been initiated and is been continued today until its completion by Nikolaos (Nikolas) Moustakis.
Nikolas is a pensioner, a former certified accountant and former partner of Ernst&Young. When he withdrew from the profession, he allotted a respectable part of the compensation he had received to assist his birthplace align itself with the economic and modern demands of personal and social life, without losing completely:
The traditional way of life of the inhabitants
Traditional architecture
Recently, at his initiative, an association was founded, named “Association of Friends of Naxos”, and purpose:
a. The featuring and preservation of cultural heritage, especially of the architectural elements that refer to houses, shops, streets, paths and other constructed paces
b. The conservation of folklore traditions
c. The featuring of natural beauties
d. The raising of the spiritual and cultural level of the inhabitants
Fortunately, present-day Filotites continue –and above all—want to continue to preserve –to the extent that it is feasible—the way of life of prior generations, so it can be stated that the aims of the association are in the realm of feasibility.
To this moment, in Fasolas, there have been maintained and restored the following shops:
a. The Smithy
b. The Carpenter shop
c. The Tailor shop
d. The Barber shop and
e. The Grocery store
There remain to be restored:
1. The Shoemaker’s shop
2. One of the “kafeneia” (traditional coffee house, cafeteria)
3. One traditional house
4. One threshing floor, two windmills and the bakery.
The latter comprises a production chain that will operate normally and fully, to reach the level of bread making from wheat that will be cultivated, as in the past, by inhabitants of Filoti.
To the effort of finding the necessary funds for the restoration of Fasolas, but also to the aim of securing operational continuity, it is expected that the newly founded association will contribute decisively, through the involvement of as many as possible inhabitants and friends of the island, who agree with the pre-mentioned purposes, and are willing to help.
The cost for the completion of the whole project, but also for some accompanying works, as well as for its maintenance, is expected to be covered by:
The fees of its members
The sponsorships of Friends
The real operational reactivation of the shops
Some of these, like the “Kafeneio” (cafeteria) and the Grocery store, are expected to assist the rest of the shops to survive.
The total remaining cost for the shop restoration and the “bread cycle” amounts to about 140,000 euros. 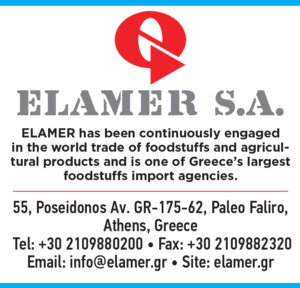